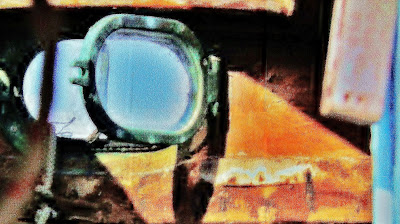 Well, did I say "Man's Rights" ? What rights ? The rights for not being wronged ? Wronged by what ? by who ??
In fact, the declaration of rights equals a bill of slavery, because it legalizes wrongs by penalizing them. One cannot harm anyone but, if he does, he will pay for that ... if caught for the 'official' wrongs, but more often uncaught because the right wrongs have become wrong rights !!


The First Right is to Do One’s Duty

Slavery for blacks had been declared illegal because whites were to become, as if they had never been, slaves too. Slavery has become, since the era of liberty, equality and fraternity, an industry, a global sophisticated business that needed wars, revolutions and genocides. All has been done in one century, the deadliest ever, from 1870 to 1970. Wars had to reshape the industrial lung of the new world masters that were to replace all the old local and nation bounded ones, kings and popes, though these olds crowns were to remain in the game, at a lesser level, the game of raising cattle... say people.

So, as long as one wants rights, he is wrong. Liberty is not a right, but a duty, toward oneself and the other. Freedom is the natural liberty that is neither a right but a given, as long as parents do not become coaches and play the same game the elite plays: raise kids for serving, serving their egos, their aborted dreams, the rules, all these rules man has established in all the orders of life, cultural, economic, technical, political, religious, social, recreational ...

Liberty is first and foremost my own, my duty, toward myself and the other, the first "other" being the creator, creator of all things, the one who gives me an appearance, a soul, a faith, then to myself I had to build, then for you, all of you whom I live with but, without being "free" myself, I'll be a burden, to me, to you.

Being a personal duty, liberty does not need to be written outside, it is an art from inside, a life of learning. Liberty, this one which I'd rather call 'Liberty-too', liberty that gives life its meaning, the fondamental hope that I am connected to a larger reality, the hope I walk on the right path, the sense that life has a meaning, a direction, by itself and by what I do according to it and to who I am, well, who I try to become.

Life is about having a father, no choice, "the destiny of man is the love of the father", not only but ... We are not alone but conected. We are part of a 13,7 Milliards years of history that is in progress, no matter what man wants, and this progress is more powerful than any other thing.

Dear reader,
Please forgive my lackings in english writing for my mother tongue is french !
Thank you.